The Power Our Stories Hold 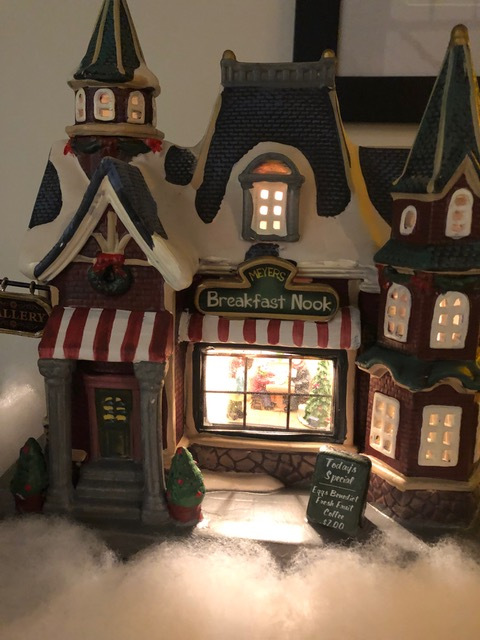 I was raised with the myth of Santa, a story I held onto longer than you would think a rational human could. I was a serious kid who cringed at baby talk and looked grown-ups in the eye but by December each year, I really wanted to believe that reindeer would land on my roof and a giant elf would come down my chimney to put peppermint and colored pencils in a giant sock for me. I loved everything about this story, so I let myself have it for as long as possible. Santa is making me think about the power of our stories.

Recently a client was describing his overwhelmed and busy leadership team; how he was trying not to “bother them.” He tried to have as few needs as possible and be extremely efficient when he encountered them. I liked the efficiency part. Otherwise, I told him his story about his leadership team seemed to be making him smaller. “Don’t you have information they need?” I asked. “Yes,” he replied, “and I can hear as I’m talking, how much I’m undervaluing myself. This narrative is making me focus on taking up as little space as possible instead of providing as much value as possible.” This is an important distinction because “not taking up space” is on no one’s list of career building tips. Another person told me a similar narrative about one of his big clients. I offered, “You have a story in your head about who this person is that is making you feel insecure about being at the table. He’s just some guy who needs your expertise.” My client smiled and said, “That’s interesting.” “Is it true?” I asked. “Absolutely,” he replied.

In expressing her doubts about what she has to offer in a new job, another client portrayed  someone anxious about having so much to learn about her role, who is always nervous speaking in front of people and needs help thinking through strategy. “What a fascinating version of her story,” I thought. My version says: “this is a woman who tirelessly pushes past her own comfort zones by taking on new challenges, including seeking out this role. She refuses to let her fear of public speaking get in her way, and says “yes” every time she is asked. She sought out and pays for a coach so she can strategize how to continue to improve and operate at her peak potential.” Happily, this version of her narrative is becoming her own.

Someone else I see is surrounded by thoughtful people who want to provide feedback about why people consistently leave her team. They offer to give their perspective and each time she refuses. I wonder what story she is holding onto. What story about herself or the world would this feedback shatter?  Coaches must respect the stories clients craft about themselves and the world.  We look for ways to challenge the stories that are holding them back or doing harm while not unraveling the ones that are holding them together. Certainly there are some stories people are not yet ready to let go.  Ideally, at the least, we can raise awareness of narrative in general; its great power over us and our potential for power over it.

My blogs have touched on a wide variety of limiting stories: the ones about not having enough time, not being good enough, prepared enough, qualified enough; the ones where we are not the person in the room that should be speaking up or calling something out. We tell ourselves little stories about ourselves and others all day long. Perhaps a good 2020 resolution would be to take note, kindly and gently, of these little stories we tell, and how they feed our bigger stories. Then, follow the thread of those stories and ask how they are or aren’t serving you. Which parts of your narratives are grounding and fueling you and which might be let go so that you can try out something new? What will become possible when you begin re-writing?

The Santa story served me well for many years—a welcome relief to a child overly concerned with grown-up matters. But there came a time to let it go to discover what could take its place. After Santa, I gained an increased understanding of the generosity of parenting. I found new ways to create magic for myself and others and came better to understand the value of tradition. In letting go of Santa I could recognize and take ownership of how much I wanted to be child-like and wonder-filled during the holidays. Which, deep into my adulthood, hasn’t changed a single bit.