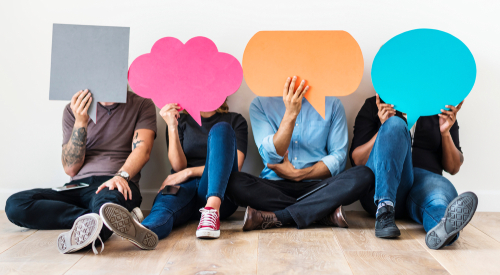 Over the past several years I’ve spent hundreds of hours working with people to become more effective deliverers of feedback.  It’s a topic most organizations are willing to invest in because what makes individuals and companies improve most quickly is an environment where people are effectively giving and receiving regular feedback. I emphasize effectively because feedback is so often delivered ineffectively, in which case a valuable performance tool can become damaging.

One of the comments I hear most frequently when practicing how to deliver useful feedback with executives is, “You should also provide a workshop on how to receive feedback, because there are a lot of people who make delivering feedback especially challenging.”

Receiving feedback is hard. Some are better at it than others for reasons including confidence levels, what kind of feedback they’ve received in the past, growth vs. fixed mindset…the list goes on. The ability to ask for, hear, and implement feedback is critical to growth. It’s worth getting good at it. If you are open to feedback, people will be willing to deliver more of it. And this makes you better faster.

Here are some suggestions for receiving feedback:

Understand that a lot of feedback isn’t actually about you. Often, someone is giving you information about how they like to work or see a deliverable or product completed. There is no need to take this personally, it’s just information to help you be more effective in delivering what they want. It’s essential, especially early in a career, that you can take in this information and move on without getting weighed down. If you have an idea about how to make something better, offer it up, but don’t get in the habit of defending against someone’s preferences for how they like things done-it’s a waste of your time.

A lot of people are bad at delivering feedback, but usually if they are making the effort, they are trying to help. Help them be more effective by asking the questions you need to better understand them. People won’t get better at delivering feedback unless they have the opportunity to practice, so we must not punish failed attempts. We teach feedback as a conversation; the giver and receiver agree on a desired outcome. If someone doesn’t make any room for your voice or makes you feel shut down, sometime down the road, say something like this to them: “Hey I want to thank you again for taking the time to give me some feedback. Can I share with you something that would have made it easier for me to hear?” Tell them what will help you continue to be receptive to their ideas.

Our instinct when someone is being critical is to be defensive. Even if everything inside you wants to defend yourself, practice simply accepting the feedback. You don’t have to agree with it. You can ultimately decide it’s not valuable and discard it, but in the moment, try to interact with it, explore the possibility of it. If you fight your instinct simply to defend yourself, later as you process what was said, there will likely be something in it of value to you. Accepting feedback in the moment does not mean you are entirely buying into what’s being said. It means you are buying into the value of feedback itself and are open to hearing it. (You can always go back to that person later if you are sure a grand injustice has occurred) If I had a dollar for every piece of feedback I’ve been given that I wanted to (or did) resist in the moment but later understood its value, I’d be a very wealthy woman.

You can practice receiving feedback by asking for it. After meetings, presentations, or calls with clients ask someone whose opinion you value, “Hey was there anything you think I could’ve done better in there?” Or, “Would you mind taking a few minutes to give me your thoughts on what I did well today and what I could’ve done better?” If you approach it casually about specific events, they will be able to approach it in the same way. We want feedback to be specific and casual; it’s easier to deliver and to receive when it’s not loaded with formality.

Very few humans can become their best selves when only hearing critical feedback. Make sure you are getting feedback on your strengths so you can build on them. If you are in an effective feedback culture, you are hearing as much or more about what to build on as you are about where you can develop.

Finally, find a trusted friend or colleague with whom to discuss your feedback. Someone who knows you well can help you sort through what you’re hearing. They may be able to make sense of something that doesn’t ring true to you or validate your feeling that you’ve been misunderstood and help you figure out why. We need other people to help us understand how we are perceived. We need them to be able to appreciate the impact of our choices and behaviors. Find your team that will make you better and encourage their voices.